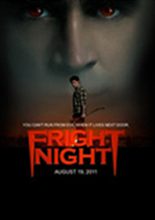 Formative Creative Experiences: Studying film theory with Vivian Sobcheck at UCSC. Having Joss Whedon as a boss, mentor and friend. Having a tumultuous childhood..

Influential Movies or TV Shows: WIZARD OF OZ, FEARLESS. WINGS OF DESIRE, POLTERGEIST, SWEET SMELL OF SUCCESS, BAD LANDS, WHEN HARRY MET SALLY, SEVEN, FARGO, OUT OF SIGHT (and on and on… It’s all about sex, pain and the possibility of a world beyond what we can see and touch…)

Comment on Your WBC Experience: It was a great jump start for me. I had stalled a little bit – was having trouble coming up with ideas, etc. Writers Boot Camp got me into a writing routine, and gave me some good tools to get unstuck. Also, I was able to finish a script on deadline – even though it needed a lot of work, I started to feel like I had enough drive to keep at it…

What are your favorite WBC tools? Brainstorming always helps when I’m stuck. Remembering that a writer writes… That I may not feel it – but if I start the process, 8 times out of 10 – the feeling or inspiration I need will come…

How you got your start in the business: I worked as an assistant to a writer and a director.

Describe the Transition Stages of Your Career: I got my first real gig through a temp agency (the company I was temping at hired me full time…) Then I got a crazy lucky break, meeting Director Rick Rosenthal when I was moonlighting as a waitress. We got to talking, and he hired me to be his assistant and director of development… One thing led to another – and I ended up working for TV Producer and Writer Barbara Hall… By that time I was focused on writing for TV, so I decided only to work for someone who was doing what I thought I’d like to do. I was with her for three years – and then, with some help from Barbara, I got my current agent on the strength of an ER spec. A watershed moment was deciding to write for Buffy rather than making (what then appeared to be) a more logical choice. I was already considering an offer from another show that was on a network and paid more and appeared to be more legit… Thank God I followed my heart and went with the show that spoke to me as a writer. The other show faded quickly (and was rumored to be a hellish place to work and not female-friendly at all…) and Buffy found an audience.

How many hours per week do you devote to your creative work: 8-12 a day, five to six days a week. But that’s not just sitting and writing – that’s running around on set, breaking story, editing, procrastinating, telling the same stories over and over to people who’ve already heard them. When all I’m doing is writing a script, depending on deadlines – I’ll spend four to eight hours a day writing… Outlining is a little less focused. There tends to be more wandering around in a daze…

What biases or preferences do you have regarding the writing process? I’m kind of schitzo about it. Sometimes I need total quiet – other times, if I’ve been alone too long, I need to take my laptop to a restaurant and camp out where there are people… I like to have a solid outline to work from. When I’m working on a feature – I spend a fair amount of time breaking the story and trying different things before I go to draft. This is how we do it on Buffy – and it seems like a good way to work… I definitely believe what I learned in boot camp – that you must write to become a better writer. That first drafts are usually just that – one in line of many…

Do you have any special rituals, places you write, etc.? See above. Mild to serious snacking also required… A formative time is my morning commute. I listen to music and fantasize about story ideas. I came up with the idea for the moving I’m writing for Universal now on the 405 near the Getty. After many frustrating hours TRYING to come up with an idea – I let my mind wander on a topic that was interesting to me…. What a gift it is when that happens…

Do you have anything you’d like to say about LA or the entertainment world? Just that I sold a script to a TV show when I was first getting started – and didn’t make money as a writer again for another seven years. Then I got Buffy and things really got cooking (and I hope and pray they’ll continue to…) So my experience is – if you have enough talent to get a little bit of encouragement here and there – and you stay the session, it can happen when you least expect it. If there’s nothing more reasonable that you’d be just as happy doing, then don’t give up… Also, I stopped trying to calculate so much. Rather than write what I thought would sell, I eventually started to write what moved me. The kind of stuff I wanted to see… Until I made that transition, my work felt too generic, I think…