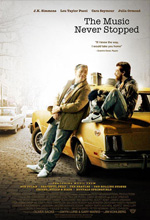 Comment on Your WBC Experience: The most important thing I learned from WBC was to de-value the writing process, the anxiety over what goes onto the page in any given session. Writing is, of session, re-writing, and if you don’t put down anything on the page, you won’t have anything to change.

What are your favorite WBC tools? See my last answer.

How you got your start in the business: I was a struggling actor looking for any other window to crawl through. I wrote a Simpson’s spec. script, got hired at Bobby’s World. Four years later I sold my first pitch with a partner.

How many hours per week do you devote to your creative work: How many hours you got? I’m in front of my computer for a mandatory four hours a day. They can take place at any time. They must be consecutive. And, during that time, I don’t have to write, but I’m not allowed to do anything else.

Do you have any special rituals, places you write, etc.? I write at home and think everywhere.