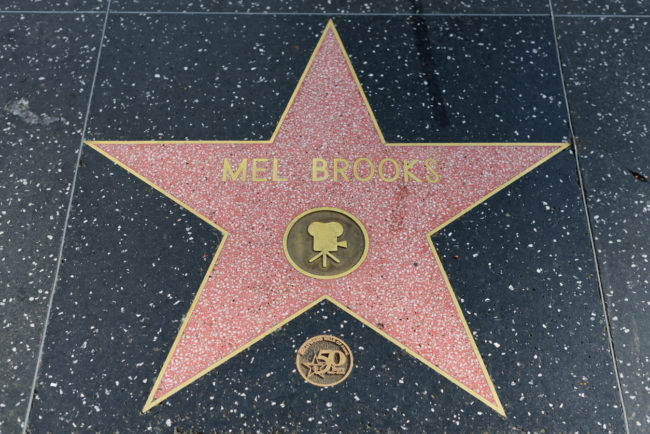 Fellowship Application Deadline: Monday, September 12th, 5pm, LA time.  You can apply through the application at the bottom of this page.

Writers Boot Camp continues our support of fresh voices this month by providing three $2500 full scholarships to writers in the Saturday, September 17th Basic Training.  Candidates must be available to write 10 hours per week for 12 weeks during the Basic Training process that has supported more than 12,000 writers and filmmakers over the past 33 years.

This month’s theme of “Parody or Revisionist History” touches on a difficult and often deceptively sophisticated comedic genre raised to heights by such writer-directors as Mel Brooks, Christopher Guest, the Zucker Brothers and in Quentin Tarantino’s unique approach to updating historical events.

Visionary and occasionally hilarious comedies such as BLAZING SADDLES, YOUNG FRANKENSTEIN, HIGH ANXIETY, AIRPLANE!, HOT SHOTS, the NAKED GUN series, INGLORIOUS BASTERDS, DJANGO, ONCE UPON A TIME IN HOLLYWOOD, WAITING FOR GUFFMAN, BEST IN SHOW have broken down the traits of key genres and also created frameworks where silly moments may coexist with more pertinent execution.  On occasion, TV has been home for genre parody like Mel Brooks’ When Things Were Rotten (1975), and some long-running breakout series like Brooklyn Nine-Nine, Reno 911!, The Office, Parks and Rec, and other previous broadly-drawn workplace arena comedies (WKRP in Cincinnati, Night Court), just to name a few, have channeled the similar spirit.

The creative acumen and ability to recognize and own the traits of a genre to skewer them in a virtual compendium of satirically biting take-offs is itself a rare skill set of top screenwriters.  Kevin Williamson’s SCREAM was released by Miramax’s genre label Dimension Films to make fun of slasher tropes and then a few short years later also released, under the original title SCARY MOVIE, the parody of the genre it had resurrected.

Writers Boot Camp alumni who have applied to a prior fellowship within the past six months–or who have won before–may apply for fun yet are not eligible to win.

Winners must confirm their availability to participate in Basic Training, along with 10 hours per week for creative exercises and writing for 12 weeks.

For all candidates who would like to hear the highlights and review of their applications, Writers Boot Camp Founder, Jeffrey Gordon, will host a 60-minute Mini-Camp that all non-winners will be invited to attend as desired.

There are few places in society for artists to seek and receive personal support.  Additionally, our track record of diversity and support of women’s voices is unparalleled. For perspective, the higher percentage of our hundreds of alumni successes and their credits have been achieved by women.  While we celebrate our anniversary each October, the first, experimental session conducted by JG was in his living room in March 1989 during his last semester of his MFA at USC’s Peter Stark Producing Program.

You can see countless other movie and TV credits by Writers Boot Camp alumni on our A-List Credits page.  Among our favorite alumni–a past staff member–writer-director, Sian Heder, recently won the Oscar for Best Adapted Screenplay for her movie CODA.  Other alumni have been nominated for Oscars, including Josh Singer, who won for co-writing  SPOTLIGHT.  Alumnus Cindy Chupack has won two Emmys for her work on Sex and the City and Modern Family.  Steven Sater, a New York Pro Member, won the Tony Award for Spring Awakening.

Please complete only one application per person.  Partners working together may apply via separate applications utilizing the same project.  Keep every answer to only one single sentence, including your answers to the four topical questions combined into one four-sentence paragraph.  Again, alumni who have applied to a fellowship in the past six months–or who have won before–are not eligible to win.  Please Don’t Wait Until The Last Minute to Apply!