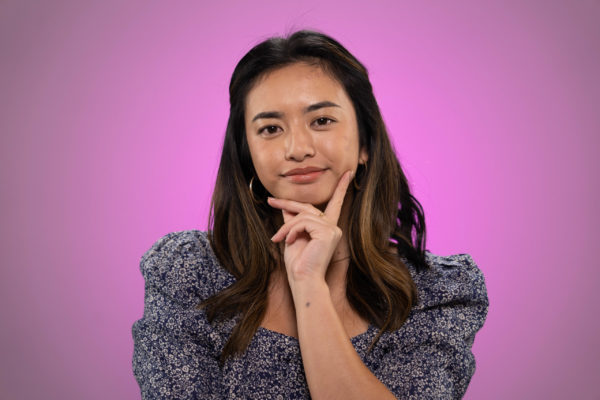 The event starts at 5pm (LA Time) and will go until 6pm.  Your zoom RSVP will only be managed by zoom and requires registration on their site

Join Writers Boot Camp Founder, Jeffrey Gordon (JG) in conversation with Ms. Francesca Rivera (pictured) producer and on-air host at IGN. After seeing her piece over the holidays “In Defense of the MCU’s Phase 4” on the network, JG reached out to her to compliment her creative perspective and evident expertise in the genre of superhero movies and television, all things Marvel.

Herself an experienced interviewer, JG’s one-on one discussion with Francesca will cover much ground per the execution of recent Marvel projects of MCU Phase 4 and the anticipation of their upcoming release schedule for MCU Phase 5. Friends, alumni, and colleagues originally from Chicago, as well as past Chicagoans In The Industry, will appreciate that she grew up in SoCal yet chose to attend DePaul University in Chicago where she graduated from the program of Cinematic Arts with an emphasis on Digital Cinema.

For Writers Boot Camp alumni, as well as aspiring writers and filmmakers, who may not know, MCU stands for Marvel Cinematic Universe–and the tent-pole movie–whether specifically superhero or simply action, fantasy, adventure or focused significantly on visual effects–has been a near-necessity for many years in the realm of studio distribution strategies. The plotting and planning of the introduction of characters (read: new Marvel heroes) in the first three phases had been exemplar in terms of sustaining audience enthusiasm, which may have been inhibited initially by the onset of the pandemic.

The conversation with Francesca will address the strength of the superhero genre and how streamers have expanded it–or whether the proliferation of television versions represents a strategic shift. We’ll certainly touch on the Phase 5 release schedule, which is sure to include a reboot of The Fantastic Four, including Galactus, who seems like a formidable threat to existence to follow where Thanos used to tread and traverse galaxies, and his herald in eternal servitude, The Silver Surfer.

Francesca Rivera is a jill-of-all-trades producer at IGN. Her purview includes the film, TV, and streaming space with editorial features, reviews, and op-eds. Most of her coverage comes from produced and hosted video interviews with talent on press lines, film and TV press junkets, and fan conventions (IGN Fan Fest, Comic-Con, Star Wars Celebration, D23). In the past, she has also produced videos at Mashable, Ranker, and BuzzFeed.

You may forward this invite to friends, colleagues and fellow alumni who will be interested in this topic, especially writers and filmmakers who will benefit from Writers Boot Camp’s support.

If you RSVP and then find you cannot attend, please let us know. While the event is free, the staff and speakers spend much time and effort.

If you do recommend someone to this event, please have your guest note your name on their RSVP. Mini-Camps and Industry Interviews are ongoing benefits of Professional Membership. We open key events for Basic Training alumni and friends in the business to meet new writers who will benefit from our support.

We always love to hear from alumni with news and success stories!