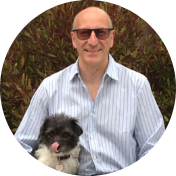 Inspired by the lack of writing results in lecture classes in the 1980’s, Jeffrey Gordon (JG) founded Writers Boot Camp with seven writers in his living room during his last semester of The Peter Stark Producing Program (MFA) at USC Film program. Having worked in the William Morris Agency training program and as a freelance script reader in his first few years moving to LA from Chicago, he applied insight gained from his background in business and writing composition to movies and television to create 150 unique tools and strategies relevant to writing, collaboration and development. Now, more than 30 years and 10,000 writers later, Writers Boot Camp alumni work at the highest levels of the entertainment industry, including top writers, filmmakers, producers and executives in Hollywood and TV Land. Filmmakers and producers benefit from the tools in collaboration and expedient development of projects. Working actors benefit by their parallel process, making choices for characters using JG’s tools to extend their range and create their own stories and vehicles.