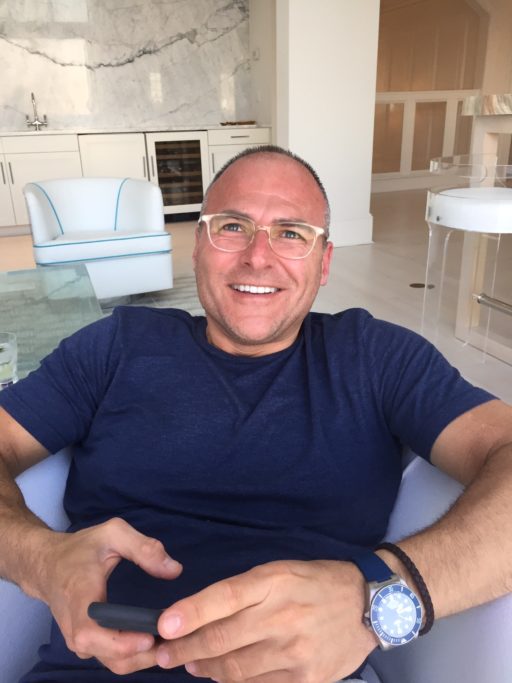 Please join us for a conversation with Mr. Jonathan S. Wald, Senior Executive Producer of MSNBC’s top-rated newscast, The 11th Hour with Brian Williams.  This Free Industry Speaker Event will be on zoom on Tuesday, April 5th, from 5-6:15pm, LA time.

YOU CAN RSVP HERE

The culmination of Jonathan S. Wald’s two-year stint responsible for all aspects of production on The 11th Hour, coincides this month with Brian Williams’ recent departure from the show, though fans of the show, as well as writers and artists alike, will enjoy the subject and focus of this interview.  The 11th Hour achieved its highest ratings in network history during Jonathan’s stewardship amid the 2020 Presidential campaign and election, and the show’s impact is still felt by its loyal audience demo, specifically, Democratic, independent and progressively leaning voters.

A four-time Emmy winner, Jonathan earned a BA at Columbia University in Russian History, a timely background against the backdrop of the current war in Ukraine.  A producer of live news from the start of his career, he worked his way through the ranks to producer at WBZ-TV, Boston, segued to NBC News in the mid-90s, and by the early 2000s executive produced NBC Nightly News with Tom Brokaw, overseeing its longest ratings winning streak.  He then executive produced Today, the number one morning newscast. Prior to fostering these shows,  Jonathan had become an adjunct professor over a 15-year period at his alma mater at Columbia University’s Graduate program of Journalism, teaching “Critical Issues” and “National Affairs Reporting” and imparting perspective to aspiring journalists, broadcasters and future producers.

After pivoting to CNBC in the mid-2000s in Prime Time Development and Business News, he created & exec produced Tonight with Don Lemon and Piers Morgan Live for CNN.  He then returned to the NBC family as Senior VP, Programming and Development, immersed in a wide range of programming, including the launch of Deadline White House with Nicolle Wallace and the relaunch of On Assignment with Richard Engel.  During his impactful career, Jonathan has managed editorial choices for very serious subject matter and inspirational and dynamic entertainment performances.  His purview has included distribution in numerous formats, along with content sharing partnerships with major sources and institutions such as The Wall Street Journal, New York Times and various online news sources and multimedia outlets.

In appreciation for Jonathan’s insight on the frontlines, Writers Boot Camp Founder, Jeffrey Gordon (JG) will moderate the interview to focus on the editorial approach and decision-making that contributed to his success as a creator, executive and producer. The interview will touch on the nature of success in broadcasting, format style and audience rapport, for example, the kind that was established by The 11th Hour.  Among topics covered will be the positioning of live news and political shows in the realm of the entertainment complex, as well as how comparison and contrast to other networks within the news landscape may affect creative ideas, programming guidelines, feature and story selection, and selected pundits and guests.

We thank New York Writers Boot Camp alumnus, Martha McCully, herself an esteemed journalist, for the introduction to Jonathan.

Please RSVP here by the Friday prior to the event.

We ask Writers Boot Camp alumni to submit questions in advance for the Q&A section of the interview by Monday, April 4th.  Please submit questions to jg@writersbootcamp.com.  Of session, in the interest of time, repetitive topics will be combined.  It’s ideal to consider how your question may illuminate insight for the rest of the guests attending the event.

If for some reason your plans change, please communicate that you will not be attending.  If you forward the event information, please have the potential guest let us know how they found out about the event.