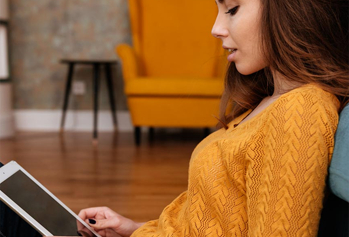 The creative life is generally a gamble. The additional risk in the business of screenwriting is that from the outside things look a lot simpler than the reality of sitting down to write, translating your ideas, refining your work and ideas professionally, and circulating your product. Even once you’re lucky enough to see your material produced, there are no guarantees of ongoing success.

Writers Boot Camp’s Professional Membership Program evolved because the screenwriting learning curve is much steeper than it first appears and the nature of the process is much more specific. Moreover, timelines for things like career breakthroughs, as well as the very idiosyncratic nature of the profession itself, additionally conspire to make the life of the writer often unpredictable.

Following are twelve pervasive fallacies about writing and the business of writing. Of session, there are exceptions to all of them by exceptional individuals. We wish you luck, though we don’t suggest that you count on being the exception. Instead, we encourage you to integrate the responses to these fallacies to create a winning, professional lifestyle rather than playing the lottery with your creative life.

1. “I Have a Great Script Idea”
Prove it: Just because you have an idea doesn’t mean it’s a viable project. Fact is, the industry appetite for content has rendered most content derivative. Only the uniquely entertaining approach to your story, rarely the plot itself, will distinguish it from other scripts of similar subjects, themes, genres, character types and paradigms. It’s your challenge as a screenwriter to define what about your idea is truly conceptual before you make the claim of its greatness. Are there dozens of special moments in the script that entertain in a way never seen before? Are you upending a myth, or a cliché, accomplishing a first of some sort, creating a franchise character, or extending what’s possible in the realm of cinema and television?

2. “I’m Going to Take Time Off to Write”
KEEP YOUR DAY JOB! An occasional few days away for writing can charge your creative batteries, but you’ll be more productive if you integrate writing into your regular life. Many feature writers, once they’re earning a paycheck, consider 20-30 hours a week to be writing full-time. Break the process into smaller tasks rather than carrying around the burden of your entire script. Commit ten hours a week. Focus on one or two tasks per work session–writing a scene, defining a character, brainstorming a solution to a single problem, making a list of questions to answer for future sessions. While certainly an achievement, your first sale or assignment, after taxes and percentages to representatives, will only float you to the next one, so keeping the day job, or finding a more palatable one, will best sustain your professional progress.

3. “I Can’t Get My Idea into A Single Sentence”
Yes you can. Your expression of a pithy encapsulation will also indicate the quality and energy of your characterization and Scene Work. If there’s any place to edit, it’s in the Premise Line, a single sentence description of your story that combines and highlights the most salient scene sources and approaches. Each phrase may represent huge chunks of the story. Due to the compact nature of the visual form of feature and television scripts, the pages of early drafts are really written in the service of refining and developing the main points of the story, which quickly renders the words obsolete. In screenwriting, words function to illustrate behavior. And execution on the page is conceptual, meaning that the moments you write are intended to convey and prove what is truly entertaining about your script. The script is rarely worth reading if the idea isn’t compelling in a single sentence.

4. “I’m Entering My Script in a Contest”
Contest, shmontest. The problem with contests is that most entrants use the submission date as a writing deadline for what is usually just a first draft. For that reason, few contests, other than The Nicholl’s Fellowship or major studio fellowship programs, carry weight within the industry. While we certainly suggest the benefits of a broad-based, self-educative strategy, and there is wisdom in an assertive effort toward leaving no stone of opportunity unturned, contests are not fully representative of the real, working world. Contests engender the tendency of writers to look for outside approval, rather than reinforcing your own authority over your voice and professional perspective.

5. “A Producer or Executive Friend is Waiting to See My Script”
Do Not Submit. In addition to placing too much importance on one contact, a friend deserves better than to receive a rushed script, submitted prior to its full development. Unless the timely limits of an idea are at risk, wait until you can’t do anything more on it before you prove to the reader that you lack chops. A great script will get you dozens of meetings once it’s ready. Relationships are perishable–once your inventive conceptual thinking proves itself through your script pages, the effort you’ve expended will be like a “write of passage” where your talent will be self-evident, as shown in your work, and the people you interact with will make it their business to offer you access to their contacts.

6. “I’ve Optioned My Script”
Is it a free option? Who is the producer and/or company involved? While a passionate individual who doesn’t pay you for the rights to your script may lead you to opportunity and new relationships, their status, or lack of influence, may negate the relevance of this achievement. You should be careful not to encumber your script with unnecessary attachments or partners who are not providing real value, as in significant creative input. Attachments generally will make a deal unattractive to those players who have real access to financing. On the other hand, producers don’t get paid until your script goes into production, which has given rise to the proliferation of literary managers. A manager will take a 10% commission upon the sale of your script or a paid assignment. If they stay attached as a producer on the project, their fee should be refunded to you when the project is made. Whether you are paid or not, unless your script is making progress to production or garnering new work, then your achievement of an option may only be a moral victory, if that.

7. “I’ve Rewritten My Script Ten Times”
No, you haven’t. A rewrite is not really a rewrite unless you’ve brought new material to the draft in terms of new scene ideas, more screen time for characters, more increments of the main relationships, more entertaining moments, or new events to the adventure. Instead of making profound change and impacting conceptual development, you may have unwittingly swirled the words around through editing. Until the latter stages of rewriting, you can’t often fix a script or develop a story in a line or a moment. The early stages of rewriting necessarily bring roughly 30-40% new scene ideas and page alterations to a draft.

8. “I Don’t Want to Work in Television”
Television supports the entire entertainment industry. The fast pace and matrix of available programming hours of television requires a lot of material. The environment of television is also where the writer (producer) has tremendous power in comparison to the feature world. While the risk of being pigeon-holed into a particular type of writing exists for anyone who rests on their laurels, a staff writer’s hiatus offers the opportunity to capitalize on the trend toward crossover between television and feature writing. There are many more outlets for work in television than there are in features.

9. “My Vision is Independent; I’m Not Making a Studio Picture”
Unless you’re able to finance your own film, you may not have a choice. The remaining independents are mostly owned and run by the studios. And creatively, until digital video or alternative distribution methods truly arrive, any production is still a relatively major venture. Most highly successful scripts integrate high concept with character-driven story. Most satisfying films dramatize a character’s journey through dynamic interaction with another, significant person (the second star). In every one of your scripts, whether mainstream or indie, you have the choice of emphasizing certain components—but the tools are the same and always in accord with your particular creative objectives.

10. “My Script Will Be a Great Writing Sample If It Doesn’t Sell”
No it won’t. Yes, it’s nice to know that the script you’re working on can be a calling card even if it isn’t a marketable project, but the urgency of producers and executives to find viable material puts more pressure on your script to prove your ability to execute on a marketable level. If your feature script doesn’t feel like a movie, through it’s timeliness or conceptual hook, it won’t ultimately be an effective sample. With the stakes as high as they are, no producer wants to risk their input on a new writer without proof of talent and conceptual savvy. Besides, it’s their job to find viable projects, not to provide you with help or to interpret your vision, which may still be trapped in your head rather than fully articulated on the page.

11. “I’m Not Going to Rewrite My Script Until Someone Pays Me”
Even established writers tend to rewrite two sets of notes for every studio deadline due to the attached producer’s desire to assure that notes have been fully addressed prior to handing the script in. The sheer effort required to mount a campaign for any script will cause producers to pass on projects that aren’t developed, or to pass on writers who don’t exude passion for the process. Most spec scripts that you choose not to rewrite on your own will continue to sit on your shelf, your hard drive, or in your desk drawer.

12. “How Do I Get an Agent?”
If you’re asking this question, then go back to Fallacy number one above and start again. While it may often seem to you that your script is ready to be read by other people, most of the time submitting it is premature. Though it may seem to you that the agent is the key to unlocking the equation of your career, you must remember that they receive 10% and you receive 90% of the proceeds from your work. Your material will naturally attract people to you. That’s what the entire industry is set up to do: to find material. When your awareness and skill set begins to glow at the highest frequency, then other like-minded artists and business people will find you. Most likely, a fellow writer who knows your work will recommend you to his agency. You don’t need an agent, you need a representable script!