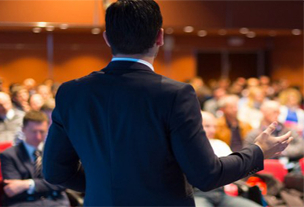 Join us as we welcome the Founder of the Black List, Franklin Leonard, along with two writers recently named to his site, both talented Writers Boot Camp alumni who are esteemed professional membership, Jon Boyer and Tucker Parsons.

Not the famed McCarthy era screenwriter blacklist, Franklin has published the top yet-to-be produced feature film scripts as voted by nearly 300 creative executives and readers each year since 2005. The panel will cover the origin of his inspiration, his background in development and how his company operates.

Every year except 2007 at least one Writers Boot Camp alumnus has been named to Franklin’s list and Kate Angelo, in fact, has had two scripts, PLAN B, which was written in class and became THE BACKUP PLAN, and SEX TAPE, which stars Jason Segel and Cameron Diaz.

Tickets are $20 for the general creative community; Writers Boot Camp Basic Training alumni can enter the promo code BTBL in the event box on the right of this page for 50% off the public ticket price.