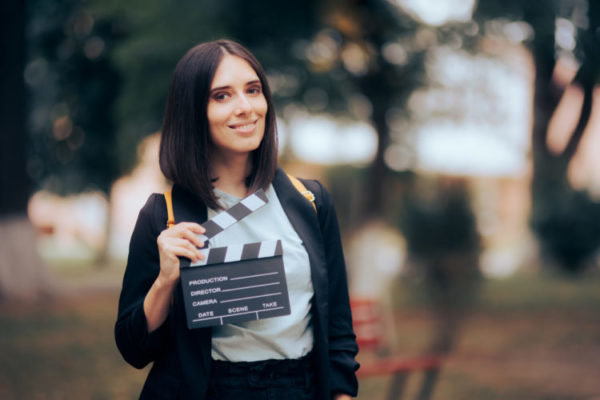 We have selected Crystal Cabrae, Katherine Griffin, and Chuti Tiu, three deserving winners of the $2500 Fellowship for Actors Who Write, who will start their Basic Training on Thursday, July 14th.  Each will develop their project from idea through three drafts over the 12-week process.

–Angelica Cabrera, a Miami native who writes under the pen name Crystal Cabrae, has recently obtained her BFA in Creative Writing from Full Sail University, and currently lives in LA to pursue her career in animation writing and storytelling through other mediums such as novels, games, and poetry.  Crystal’s animated feature-film script CONSCIENCE is about a teen-aged boy on a family vacation where together with his late grandfather’s guardian angel he saves the island from the onset of legendary darkness.

–Originally from Texas, now living in L.A., Katherine Griffith is a comic solo performer, playwright, actor and Juilliard graduate, who has acted in all mediums including stage, TV, film, radio, Zoom, comedy clubs, web series, performance art spaces, international festivals, prisons, and cell phones.  She will be writing her play, Dawn Quixote, depicting a Cervantes scholar who quits her job to serve humanity in response to the senseless deaths and laws in the world.

–Chuti Tiu is a Filipina-Chinese actress, writer and producer originally hailing from Wisconsin and living in Los Angeles; a graduate from Northwestern University, she’s appeared in numerous films and television shows, and she’s continually drawn to telling stories about the complexities of relationships and the beauty of flaws in our humanity. Her TV pilot, Hiding, is about an out-of-work actress/high program tutor who accompanies her terminally-ill uncle to the Philippines to help him make peace with his two jealous wives and families.

As always, the winners were evaluated on a combination of factors, including artistic background, the quality of articulation of their application responses and commentary, and the clarity of conceptual distinctions.  Once the larger field was narrowed down based on the caliber of applications, the winners were selected from the smaller group of highly ranked writers based on the viability and entertainment potential of the project ideas.  In effect, in each Fellowship category, the overall quality of application answers will illustrate the writer’s potential to execute the writing quality of their project.

We’re very happy to support the creative goals of these three winners as they become active alumni in our Writers Boot Camp community!