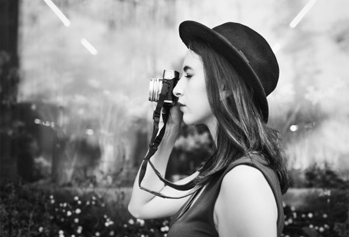 -Our writers work at the highest levels of the industry.


-Writers Boot Camp employs full-time staff to support you during your creative process, and afterwards as a working writer.


-Though your commitment does not require quitting your day job or investing in program full-time, you need 10 hours for writing per week, and we recommend that for at least 40 weeks out of the 52-week calendar year to sustain a professional pace.


-You have the option of writing three feature scripts or five television series spec scripts, or a variety of either. You may also write books, novels, graphic novels and web series, along with adapted completion timelines.


-The script deadlines, after the first 12 weeks of support, and then every six months, hold you accountable to your goals.


-A 60-day hiatus, if necessary and with advance approval, is built into your support for creative breaks (and unforeseen breakups and breakdowns) that may occur.


-Your script is eligible for cast readings during your initial support.


-You have access to our staff for ease of communication, including Checkpoint tools with thorough evaluation guidelines.


-Instead of rules or formula, Writers Boot Camp gives you tools to coherently develop your material and organize your own vision without anyone imposing on your story.


-There’s no bias toward certain material but rather toward conceptual inventiveness and the full development of the potential of your ideas.


-The Checkpoints, provided through the first 12 weeks, take you through the many orbits required to fully test and develop a professional-level script.


-After your first Project Cycle, your Project Group sessions (in LA and NY) reiterate the set of Checkpoints three more times to provide accountability and to make the tools a natural part of your writing process.


-Upon entering the Project Group phase, the Checkpoints become flexible tools to apply at various stages of writing and rewriting.


-The specific Checkpoints, like the renowned one-page story map called the 3-6-3, build your script and are layered versions of your developing project, not just exercises done in a vacuum.


-All story consulting at Writers Boot Camp is inherently character-driven until you make a conscious and entertaining choice otherwise.


-The process emphasizes Main-Character Driven, Four-Segment Story Structure as it applies to all script forms, including feature film, television, non-fiction narrative and digital production, and we encourage distinctions so you can move fluidly from one form to the other.


-Our creative relationship with you is treated individually, as is your progress, so we don’t expect everyone to be at the same place at the same time.


-By simply reaching out if you choose to, you will find countless chances to get direct feedback from your individual staff mentor, other members of the staff and from your fellow writers.


-The common language of Checkpoints makes your interaction with your fellow writers highly productive, without the burden of required participation outside of group meetings.


-Script evaluation is taught from a top-down approach so that Scene Work and page notes are given only at the appropriate rewriting stage and after conceptual, structural and character development issues are addressed.


-Since each of your scripts is written at its own pace, the continuing Project Group environment is not as much a group of equals as an opportunity to learn more quickly by analogy from the group.


-The method of support and collaborative environment make you a better authority of your own work by reinforcing the nature of the tools and the nuances of the writing process.


-Instead of giving in to your desire for approval, the collaborative environment focuses you on prescribing tools and articulating stages of work and applying the insight you gain to make your own script more compelling.


-Industry speaker events are intended to put you in touch with how the business truly works and to turn you back inward to the one thing you can control as a writer, the work you do.


-Recapping of discussion of your material, conference notes and industry meetings is required for the creation of a log of your progress and to instill habits that may protect you professionally.


-In the service of affording writers with equal opportunity, Writers Boot Camp offers many payment-plan options.


-You earn automatic Professional Membership alumni benefits if you remain in good -standing as of completion of your initial membership support.

Writers Boot Camp uses the term “conceit” to describe a specific approach to the content of your movie, television show or web series that distinguishes it from others, especially in the case of material or subject matter that may be similar. More advanced than a component or story decision, a conceit addresses and describes the audience experience of your story. It’s a writing tool and also a tool for collaboration with the team of developers and filmmakers.

A conceit is an approach to a story component, or combination of components, rather than the component itself. In its broadest expression, it’s a phrase or notion that points to a unique layer of material in the project. In more practical terms, a conceit is a statement, a single-sentence description of that unique approach that includes words and phrases to express the combination of components and ingredients that form the DNA of the project. A conceit statement is in effect a title of a list of setpieces that illustrates the script’s entertainment concept, which in turn represents the primary layer of material that will ultimately attract an audience.

Misbehavior is a term used to get close to the essence of what makes movie and TV characters accessible. A descendant and enhancement of the industry term character arc–character change over the session of a story–misbehavior is a tool for activating characters and connecting action to the ground wire of thematic resonance.

We refer to Misbehavior applied to the Main Character, who represents the spine of the story, as Building Block Misbehavior because it operates as the cornerstone from which all thematic material is sourced. While a very unique, proprietary Writers Boot Camp invention and term, misbehavior will not only activate your characters but also help you fully develop them in relation to the context of the story.

One of the evolving ideas here is a departure from the old view of writing. Screenwriting is challenging because, of session, we’re in a visual medium. We have to show rather than tell. And in making the jump from the ideas that are in your head or in your heart and trying to get that on the page, it’s crucial that you realize that you have to translate those ideas to a form that other people–readers, gatekeepers (the assistants to whom the executives delegate your scripts), the crew who are going to have to interpret (and hopefully not interpret too much) and eventually produce that material–can understand.

Screenwriting is a very conceptual process. The mentality of I’m-a-hard-working-person-and-can-write-120-pages doesn’t quite work, because all content is derivative. Every story has been done before, at least in some way and to some degree. Even BEING JOHN MALKOVICH, an admirably original project, is based on the paradigm of switching bodies. There’s just no such thing as a story that’s totally unique. So, the approach that you take has to mitigate that problem. And in screenwriting that approach proves itself on the page through entertaining moments. Since the story moves through moments of interaction between people, your characters will ideally come across as people and not just props with feet. Hopefully, they’re human beings at a significant stage of their lives, and that stage of life–that experience, that adventure–is going to change them forever.

Based on an expedient first-draft process, including emphasis on developing tools like the Unity Page, the 3-6-3, the Horizontal and brainstorming of setpieces, Writers Boot Camp estimates that a feature-length script can be readable by industry standards within six months, working at a part-time pace of ten hours per week.*

The ratio of tools work versus writing during the first-draft stage would be 80% tools and 20% writing. Once the tools have been established, then the subsequent rewriting stages would flip that ratio to 20% tools, primarily updating and brainstorming for particular issues, and 80% emphasis on writing pages. Of session, the rewriting stages are the primary portion of a Six-Month Full Development process, even with earnest tools development and preparation.